The payments industry in the UK is big (a whopping £75 trillion big, according to the UK’s Payment Systems Regulator). It’s also critical to our modern economy: not a lot can happen without payments, after all. But aside from the big brands we’ve all heard of, who shapes this industry? What trade and government bodies help steer it?

Here are 5 of the bodies that matter to UK payments.

The PSR’s stated purpose is “to make payment systems work well for those that use them.”

Their objectives are to promote competition and innovation in the payments industry and to ensure that payment systems are developed and operated in ways that are good for their users.

What do they do?

The PSR has a number of powers around standards-setting and to promote competition and innovation, including requiring large players in the industry to provide access to payments systems to smaller players. 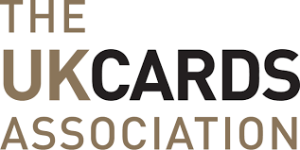 is the trade organisation for the UK card payments industry. It represents financial institutions that act as card issuers and acquirers.

The organisation’s members include big names such as Barclays, Capital One, HSBC, American Express, RBS, Worldpay, First Data and many more.

Payments UK launched in June 2015 as a replacement to the UK Payments Council. They are a trade body representing a range of payment service providers and other organisations, such as consultancies, with an interest in payments.

Payments UK has two levels of membership: full and associate. Full members include organisations such as American Express, Barclays, HSBC, J.P.Morgan, PayPal, Tesco Bank, and Worldpay. Associate members include the Department for Work and Pensions, KPMG and Experian and a dozen or so more.

The European Payments Council (EPC) is a European trade body representing payment service providers (PSPs). Their stated aim is to promote European payments integration and development, including SEPA (the Single Euro Payments Area), an initiative to develop a set of harmonised payment schemes and frameworks for electronic euro payments.

EPC members include a range of European financial institutions such as Santander, BNP Paribas, the Czech Banking Association, Deutsche Bank, Swedbank, and the Association of Banks in Bulgaria.

The PCI Security Standards Council is a global body that sets and promotes security standards for the handling of payments, particularly around dealing with cardholder data.

Notably, the Council is responsible for the PCI Data Security Standard (PCI DSS) which is a framework for handling payment card data in a secure way.

All organisations handling card payment data are generally encouraged by their payment service providers to comply with the PCI DSS standards.

The Council was established by American Express, Discover, JCB, MasterCard, and Visa Inc. who all recognise the PCI DSS framework. It now has a handful of affiliate members and hundreds of participating organisations.

We’ve looked at five of the bodies that matter to the UK payments industry. This should give you an overview of some of the organisations that help to shape the payments world.

What are your views on the organisations we’ve included? Do they really do what they say they do? And what organisations would you add to the list? Let us know in the comments.